Lyophilization generally take a long time. Since shelf-type lyophilization equipment has a challenge around homogeneity among trays, a Mixer-type lyophilizer RHEOFREED® was developed. It was designed to be used for both Peptides and Oligonucleotides and was jointly developed based on the equipment that conducts series of processes. By using this drying method, manufacturing time can be reduced by over 80% when compared to conventional method. Additionally, it is also effective in resolving the issue of homogeneity. 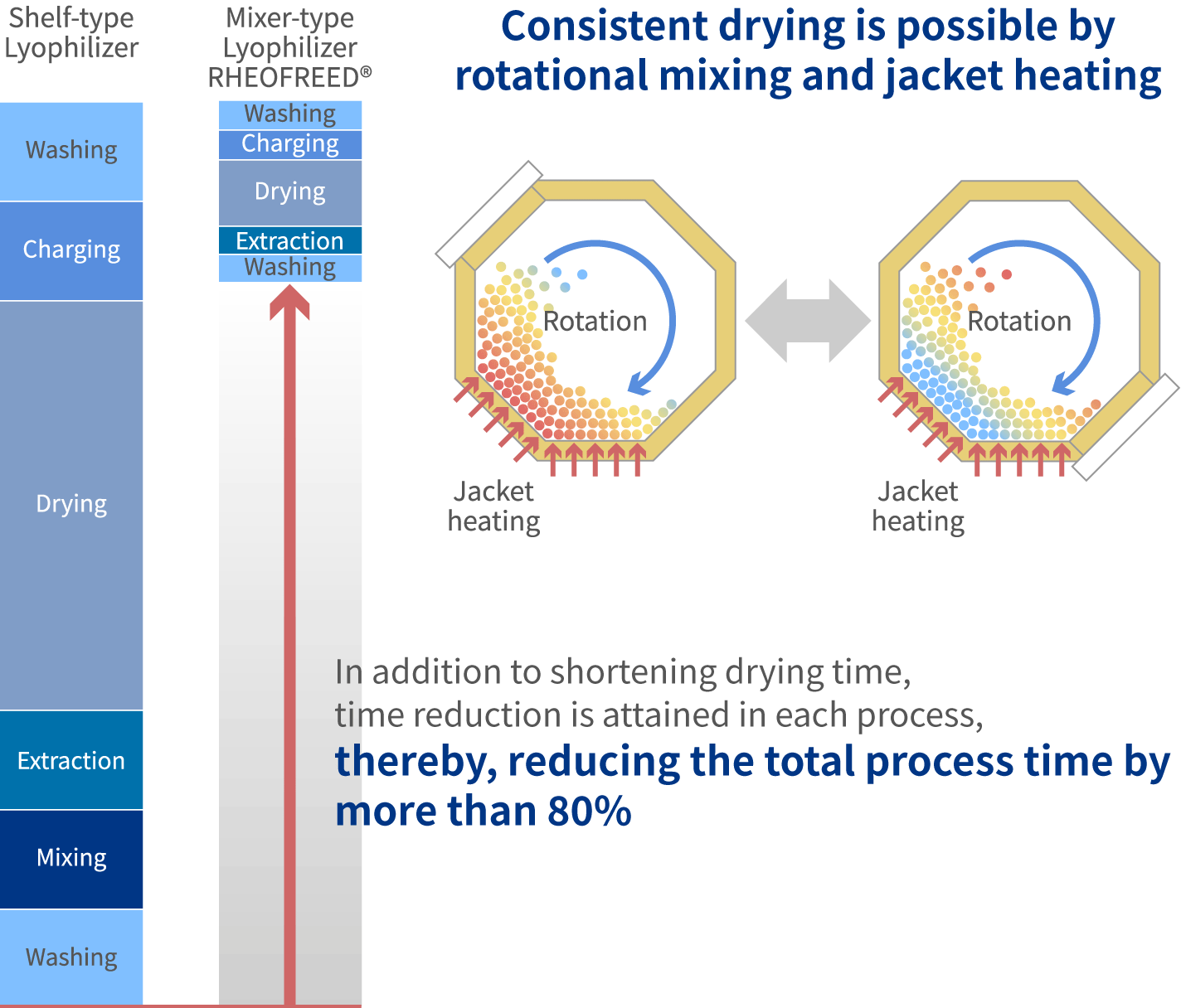 *RHEOFREED is registered trademark of KOBELCO ECO-SOLUTIONS Co.,Ltd. Please follow the link below for details.